A Day Out of My House: The Farmer’s Market

A Day Out of My House: The Farmer’s Market

Saturday was a pretty great day. I woke up in less pain than I had in weeks. There was no way I was going to let this day pass me by. So I called my family and we did one of my favorite weekend activities, go to Jaemor Farms Farmers’s Market. 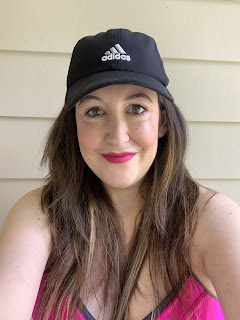 I love Jaemor farms because it’s not too far of a drive, they have the best produce at very reasonable prices, and it’s a wonderful way to spend the day with the family. But frankly, any day out is an amazing day lately. My joint pain from Ehlers-Danlos syndrome has been terrible lately. Some days I don’t even make it out of bed.  My SI joint subluxes several times a day, as does my left shoulder. Additionally, I’ve had bursitis in my left hip for six months. It isn’t responding to oral steroids or injections. The next step is surgery. This is why any day I wake up and am feeling pretty good is a blessing. 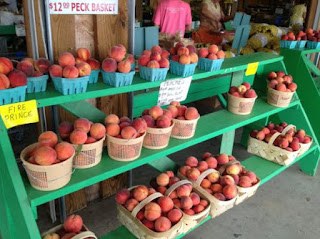 Now it is Sunday and I need to rest from my day out yesterday. However, at least I have some delicious produce to eat while I relax.  I hope that all of you out there are having a wonderful weekend. Remember, you can also follow me on Instagram at @bendyisbeautiful.

The Long Road to an Ehlers-Danlos Diagnosis

The Long Road to an Ehlers-Danlos Diagnosis 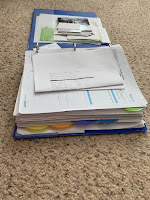 Above is a photograph of my medical binder. Each page in this binder represents a doctor's visit, or diagnostic test I had done as I was searching for a diagnosis. This binder represents five years of my life. During my journey, I've seen a total of 32 doctors (not counting E.R. doctors or physical therapists).

Now, let's start at the beginning. I was completely symptom free until the age of thirty.  That is when my world completely changed. Up until then, I could do splits like it was nothing or hyper-extend my joints. I just thought it was a fun little party trick.  I had no idea the pain it would cause me later in life.

When I turned thirty I started having lower back pain that got progressively worse. Once my pelvic floor started to spasm and it became too painful to walk I knew I had to do something. First, I went to urgent care complaining that it was too painful to walk.  The doctor there took an x-ray of my pelvis and said it was probably just anxiety presenting as pain. This was the first time I felt as though a doctor was not listening to me. I went to my primary care physician who told me I probably had coccydynia and it would eventually go away on it's own. I waited but there was no improvement in my condition. Frustrated with my doctors in Florida, my husband suggested I go stay with my parents for a while so that I could go to the Cleveland Clinic.  Little did I know that my husband just wanted me out of the house. He was unable to deal with my pain and did not want to have to take care of me.

I went home and saw one of my old primary care doctors.  She also suggested that I had coccydynia and gave me pain medication to help until my pain went away. The pain still persisted.
I then entered the Cleveland Clinic. Many people have amazing experiences there but I have to say, I had one of the worst experiences of my life. I was passed around from doctor to doctor. I had MRIs, x-rays, colonoscopy, scoped for endometriosis, had a bowel emptying test, and many steroid injections. Still nothing helped. It was then that the gynecologist at the Cleveland Clinic recommended their pain program. She said I would see many doctors at once who would all manage my care. It sounded like exactly what I needed. In reality, they took me off all my pain medications cold turkey. I was withdrawing terribly each day. I saw a doctor on my first day but that was it. I went to clinics on anger management and dealing with trauma. None of which I needed. I went to a physical therapy class where they tried to make me run on a treadmill. I told them I couldn't even walk but no one seemed to hear me. Finally, after one week I quit.

After the debacle at the Cleveland Clinic, I lost hope on finding a diagnosis. Eventually, I moved with my family to Georgia. I saw many doctors here without a diagnosis. Finally, a friend said she had a friend she would like me to talk to because our symptoms sounded so familiar.  I spoke with her and it was like she was telling my story. She had her gallbladder out at 18 (I had mine removed at 19). She had horrible joint pain and could hyperextend her joints. She also had a lot of the stomach problems I had been having as well. She said she had something called Ehlers-Danlos and I should get checked for it as well. I went to a local rheumatologist who with one look at me diagnosed me with the syndrome. I went to a geneticist to be 100% sure. She confirmed my diagnosis. It was so strange the symptoms I had that I had no clue were symptoms. I was quite thin but had stretch marks down my stomach and thighs, I have a high palate in my mouth, I would randomly get nauseous throughout the day and had already been diagnosed with IBS, not to mention my hyperextending joints. I finally had my diagnosis and it has made all the difference. The whole thing was too much for my husband and he asked me for a divorce as soon as I had gotten out of the hospital for my first visit. But, my family and close friends have stuck by me through this trying time. I've found several support groups on facebook that have helped me to find the best doctors and answered my questions.  Finding my diagnosis has truly changed my life. I hope that by writing this, someone out there may be searching for their diagnosis and come across this post. I'd love to be a part of spreading the word about EDS.

Bendy is Beautiful: A Blog About Living With Ehlers-Danlos Syndrome

Bendy is Beautiful: A Blog About Living With Ehlers-Danlos Syndrome

Hello everyone. Welcome to my blog, Bendy is Beautiful.  For those who are unaware, Ehlers-Danlos syndrome is a connective tissue disorder that causes your body to produce faulty collagen. It can effect many different areas of your body.  The largest problem for me is how it affects my joints. The faulty collagen causes my connective tissue to be far more lax than an average person. Due to this, the connective tissue holding my joints together is too loose and my joints frequently dislocate. This causes chronic joint pain. That is only one of many symptoms of EDS.  I hope you'll follow my blog and learn about me and my diagnosis as I try to live as normal an everyday life as I possibly can.
Posted by Megan at 4:15 PM No comments: